With embedded JTAG-based run-control, information about difficult-to-reproduce failures in the field can be captured for analysis.

GET A TECHNICAL OVERVIEW
Download our API Reference Manual

This comprehensive technical reference manual describes the API for programming On-Target Diagnostics directly down on the target service processor. Having the run-control API directly accessible on the target itself, as opposed to a remote host, provides more Speed (performance is significantly higher without the backhaul overhead), Scalability (the debug agent runs at-scale, down on the target), and Security (with a BMC at the root of trust, the data network backhaul is no longer an attack surface).

ScanWorks Embedded Diagnostics (SED) is a custom embedded ITP implementation that provides on target run-control via the Baseboard Management Controller (BMC) for target applications that require 5 nines or 6 nines reliability. In these applications, a failure must be analyzed without the actual plugging in of an ITP JTAG probe. This requirement implies that the software is already resident on the target and that an external processor (BMC) has the ability to conduct forensics on the hung server processor. Intel has implemented the ability for a crashed/hung processor to keep valuable postmortem information available within the CPU.

SED operates in two modes:
1. Run CScripts from a remote host connected to the failing server to extract this data prior to system reset.
2. Implement on-target diagnostics (OTD) using Python or C/C++ directly on the BMC.

JTAG/Boundary Scan tests are typically used “locally”, with the software running on an external PC that accesses a UUT through dedicated hardware.

ScanWorks Embedded Diagnostics (SED) for Test is an advanced tool strategy that supports implementing Built-In Test (BIT) for JTAG-based structural testing, programming, and debug functions – all running natively on existing UUT hardware. By embedding ASSET’s JTAG engine within an onboard service processor or FPGA on the UUT, the Boundary Scan test become part for the overall system.

The Boundary Scan vectors can used for Power-On Self Test (POST) and for in-situ debug/repair. The vectors can be used on the benchtop, in prototype, and in manufacturing test. SED for Test opens up a very powerful “remote” out-of-band Boundary Scan experience. 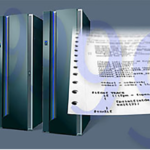 There have been numerous investigations into the use of the Performance Monitoring Counters (PMCs) for malware detection. Below is a quick survey of what I’ve read so far, as well as an investigation into using JTAG as an alternative access mechanism to traditional ring 0 or restricted OS mechanisms.

Coding to the SED API: Part 5

In this installment of the Coding to the SED API series, we’ll look at the SED functions that access the OOBMSM, and use it for super-fast retrieval of hardware telemetry data.

Attend our webinar on using JTAG as firmware for implementing boundary scan as Built-In Self Test.

A Trio of Webinars on x86 JTAG-based Debugging

For each of the months of January, February and March, I did a webinar on JTAG-based debugging. Since each of the video recordings are about 45 minutes long, I thought it would be helpful to point out the highlights of each, if you don’t have time to sit through the full durations. At the risk of sounding immodest, there are some real gems of information within the demos of each webinar.
View All 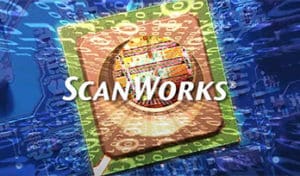