Big-Endian and Little-Endian refer to the way a word of data is stored in sequential bytes of memory. This SourcePoint application note describes how endianness works on ARM processors and what is important for software designers to consider.

In many cases, endianness is transparent to software engineers. However, systems with memory-mapped peripheral devices – such as flash memories – require that developers carefully consider endianness whenever software accesses data in bytes or half-worlds.

Examples in this application note include the SourcePoint debugger’s Target Flash Programming feature that lets developers select the proper endian configuration of the target system before initiating a flash programming operation. 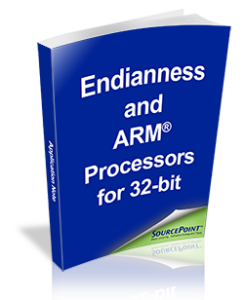